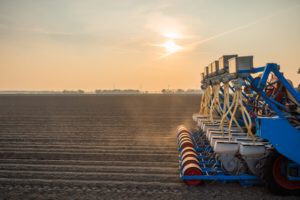 In this column, we give the floor to Wim Waterman. Familiar with all the ins and outs of the onion market, Wim gives a short update on what strikes him in the market. This month Wim discusses the influence of the new growing season on current market prices.

“Demand within Europe and worldwide certainly remains sufficient to easily get rid of the old crop.” Not a significant shift, says Wim. The mood is therefore positive now that export volumes are at record highs. “According to some insiders, the growing season of the new crop also affects the old crop prices.” But unfortunately, this will not fly, according to Wim. “The European market has sufficient alternatives to Dutch onions in the form of new harvests. The old harvest is also not suitable for all overseas destinations.” Wim points out that the long journey to destinations outside Europe means that the old harvest is no longer suitable for delivery in good quality. “It is positive for the grower that the supply from New Zealand has shrunk considerably. The supply from Egypt has yet to get going, but this will mainly be red onions.”

The fact that the European market has sufficient alternatives is also reflected in the current sales prices (bale prices), which have hardly grown along with the current price at the grower. Nevertheless, the volumes that went out in the first quarter are satisfactory. “The container rates are slowly stabilising, and fortunately, sales to the foodservice are back at their old level.”

Drought in the growing season

“The drought that the growing season of the new crop must contend with is not limited to the Netherlands. Large parts of Northern and Central Europe are struggling with drought and are desperate for more rain in the short term.” According to Wim, even though the comparison with 2018 has already been made, this is still too premature. “In 2018, the drought came a lot later in the season and had a big impact on the later stages of growth. If it rains again next week, the situation will be very different.”

Grower in the picture: Heidemans brothers