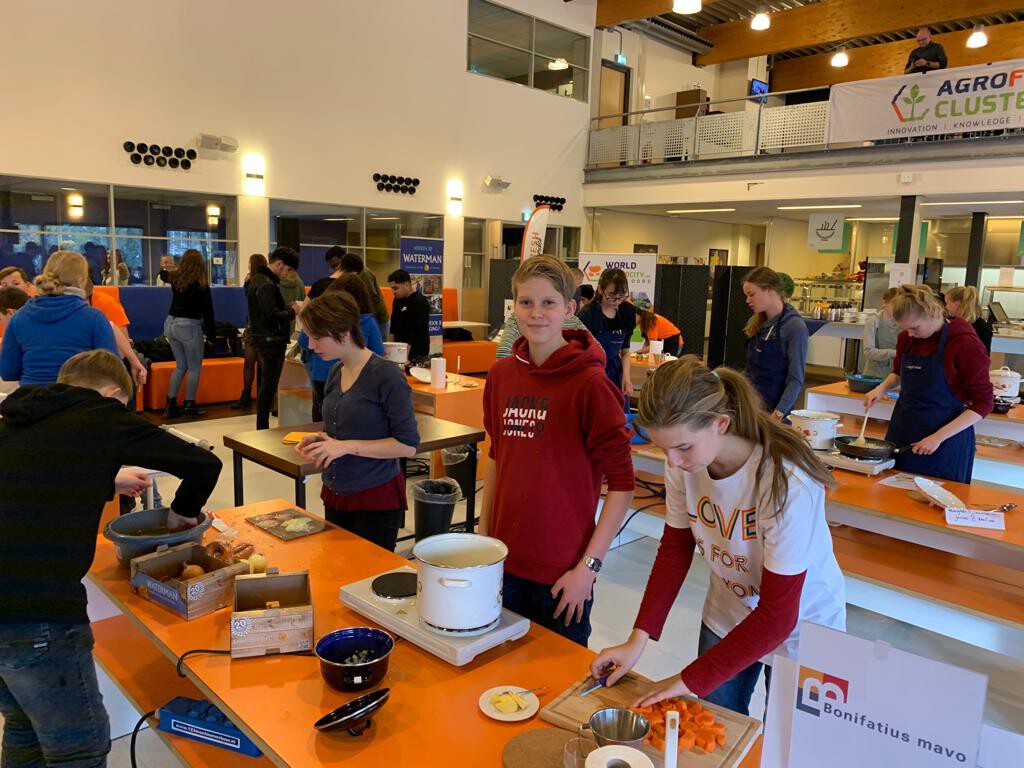 Who will win the ‘Golden Masher’? That was the big question on everyone’s lips the 29th of November at a ROC Friese Poort, a college in Emmeloord. In the canteen, 10 teams of students from various secondary schools around the region competed in the first edition of the ‘Hutspot Battle’. A battle for the best Dutch dish that contains potatoes, carrots and (of course) onions.

In the end, the classmates from the Zuyderzee Lyceum were unanimously chosen as the winners. According to the jury of experts consisting of the Youth Mayor of the province of Noordoostpolder Nynke Feenstra, Alderman Marian Uitdewilligen and popular vlogger Anouar Vines, they had prepared the most delicious hutspot of the competition.

Hutspot event
In addition to winning the Golden Masher, the team also has the honor of their recipe being chosen to prepare the hutspot for the annual Agrofood Cluster Hutspot Event scheduled for 12 December. The winners are therefore extremely proud.

Of course Waterman Onions was also there, as you can’t make hutspot without onions. In addition to supplying all of the onions for the competition, Erik Waterman also hosted the event and gave the participants some handy tips about onions. The competition was a fun way to introduce young people to the world of pure and healthy nutrition. #weloveonions 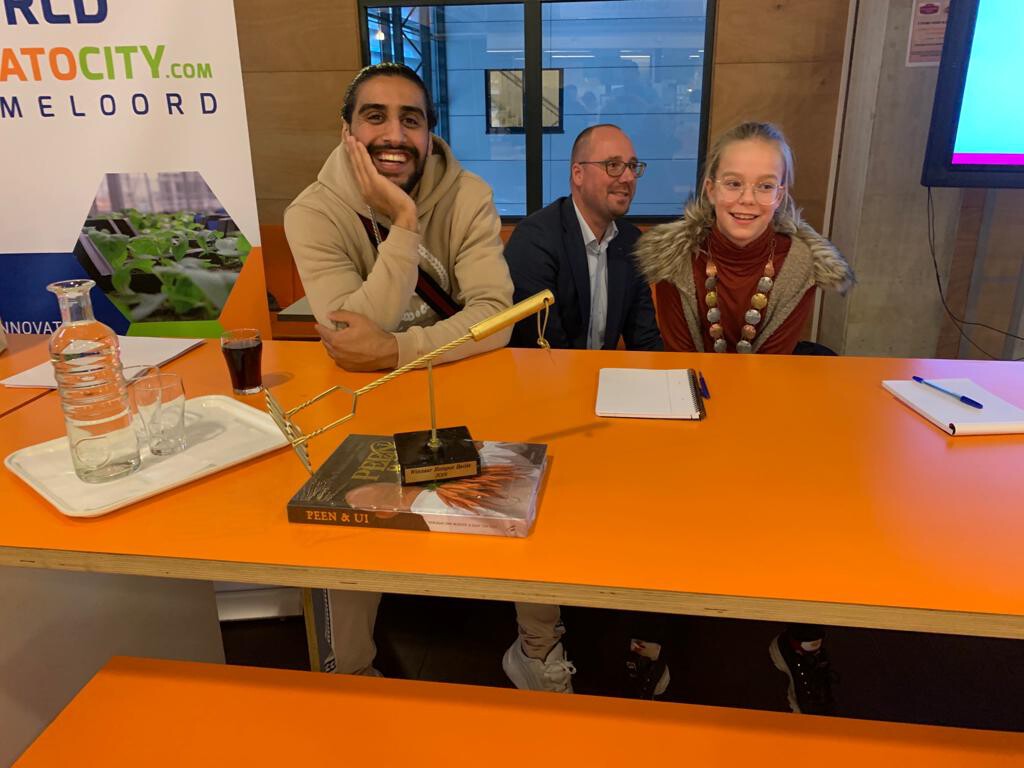 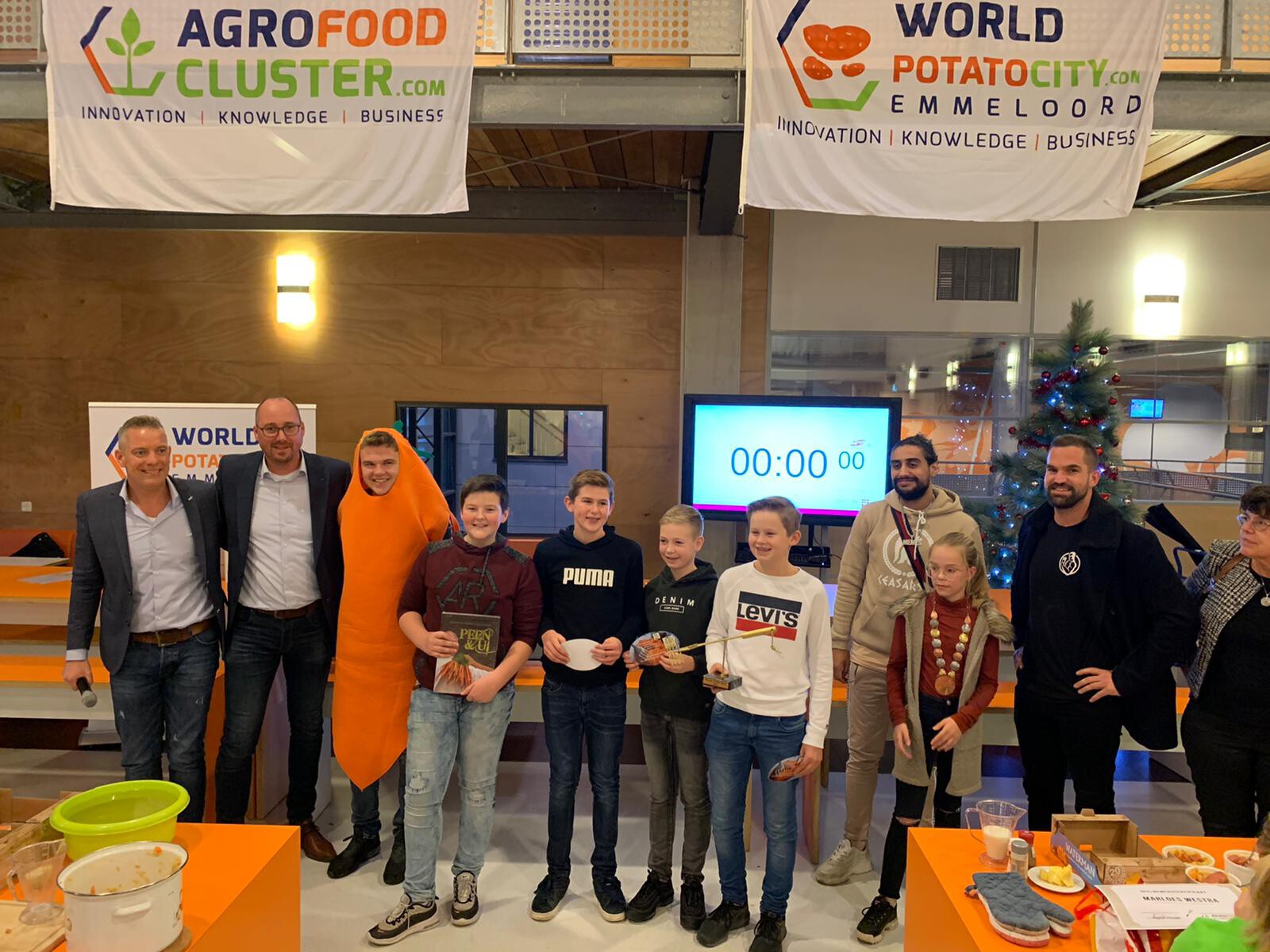